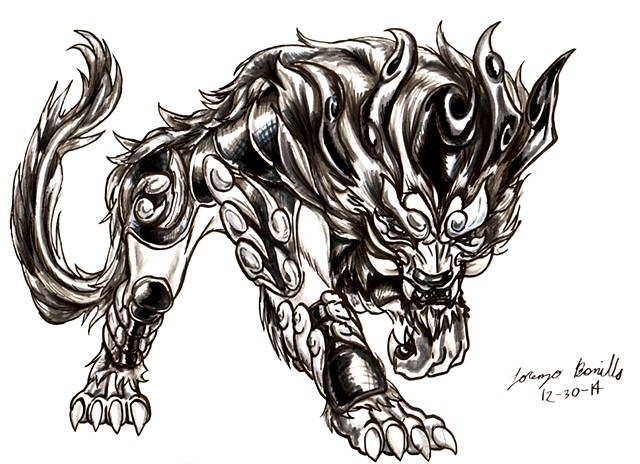 A beast that comes out during the New, the Nian.

In Chinese mythology, the Nian is a fearsome beast that appears as a dragon or unicorn like creature, sometimes a combination of both with a hint of lion thrown in that lives within the mountains or under the sea. Every year the first or the 15th of each month the Nian will leave the mountains or sea to attack and consume the crops, livestock and villagers, mostly children, around the villages.

This continued up to the point that villagers began offering up food outside their doors to appease the monster, unfortunately this only emboldened the creature. The attacks continued until the villagers, either through divine inspiration or by observant locals discovered that the monster is easily spooked by loud noises and adverse to the color red. So, the towns began to light firecrackers, beat gongs, and sport bright red to scare away the Nian. Some stories say they killed the great beast, others say the noise scared the monster away until it was eventually captured and used as a mount by the ancient Taoist monk, Hongjun Laozu.

My version of the Nian uses the lion look as the main form for it, with the unicorn aspects for its large forehead horn and heavily armored appearance. This goes double for the dragon in both horns and armor with the addition of fangs and overlapping mane.