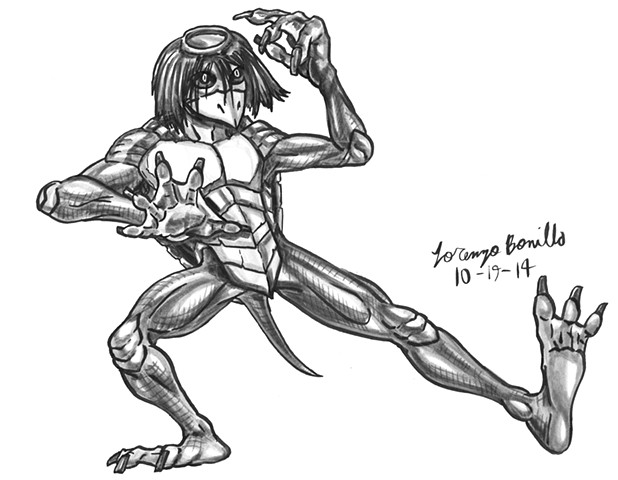 A similar, but different type of Japanes water goblin, the Garappa. The Garappa are river spirits that are closely related to the Kappa, which they do resemble, but have a few physical differences. Most notably, the Garappa possesses much longer limbs than the Kappa, making them taller than the Kappa. Plus, the Garappa possesses a leaner face than the Kappa. Garappas are much shyer and elusive than the Kappa, favoring to stay in remote areas than the populated areas and prefer to live alone or in smaller groups. However, like the Kappa, the Garappa indulges in pranks and in acts of sexual aggression. They also enjoy contests of strength, such as sumo wrestling. A Garappa is extremely capable of honoring their word should they be captured or bested in a contest and many Shinto sects employed this action to cease Garappa attacks and pranks as well as put them into service of rice planting, fishing, and in medicine. I drew the Garappa like a much nicer version of the Kappa, with a more traditional face and the long limbs.