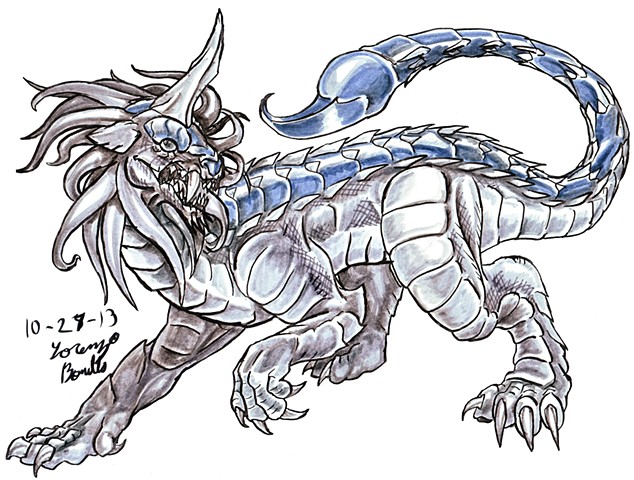 A mysteriously long-toothed cryptid, The Dingonek. Residing in the Western African jungles of the Democratic Republic of the Congo, The Dingonek is a scaly, saber--toothed creature with a long scorpion-like tail, that ends in a sharpened point that secretes poison. The Dingonek also has a heavily armor-plated top with a single horn adorning its head.

The creature is said to have existed since prehistoric times, as a cave painting in South Africa perfectly depicts the creature's appearance, right down to its walrus-tusk teeth. It is said to reside near rivers and lakes and guards its territory fiercely, killing any and all who so much as cross into its boundaries.

My depiction is based on its popular look, while adding the tentacle flanges around its head. I made the body more crocodilian scaled to aid its aquatic nature, and making it look dragon-like by chance.