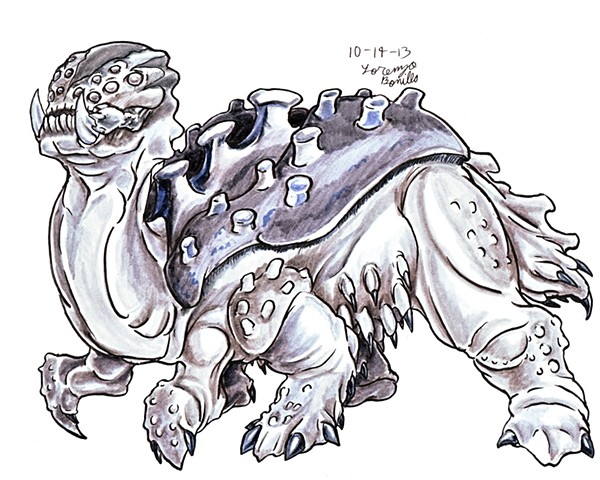 The Biblical Chaos Monster on Land; The Behemoth.

From Biblical lore; The Behemoth is a monstrously large creature that is considered unkillable by mortal hands and served as a parable to Job on how not to question God, for only God was capable of creating, capturing, and killing the Behemoth, and other Chaotic Creatures like it, around the Time of Creation.

Descriptions vary on how The Behemoth looked; with most being a hippopotamus or an elephant, some a product of Job's creation, and other's as a sauropod dinosaur.

The Behemoth is a creature that apparently overwhelms the land's resources with its large size and appetite, or kept trapped in an invisible desert to be released as an Apocalypse Beast come the End Times. Later Jewish writings mention it fighting the Biblical Leviathan to the death, until God, The Creator, smites both beasts to serve as food and resources for the chosen. But, did you know the Behemoth represented one of THREE Chaos Monsters of each aspect of Nature? The Behemoth is Land; The Leviathan is the Sea; and Zix is the Sky. Each was so large in size and so voracious in their appetites, that they very could have ended all known living things on Earth, hence why they started as pairs one was destroyed while the other was made immortal and all were kept enclosed until they are needed to end the world. At least, that is how the story goes.

My version of the Behemoth draws heavily from the works of artist, Guy Davis. The man is responsible for the creatures for BPRD, Hellboy, his own comic The Marquis, and concept art for Pacific Rim. He has a very unique and unsettling look to his monsters that I just think is great. For the head I drew heavily at the last chapter of BPRD before Hell On Earth, when a creature emerges from the ground mutating everything around it and making the world realize that such horrors are real. So I did, while giving it a hard shell and essentially making it a freakish hippo/turtle/slug hybrid.