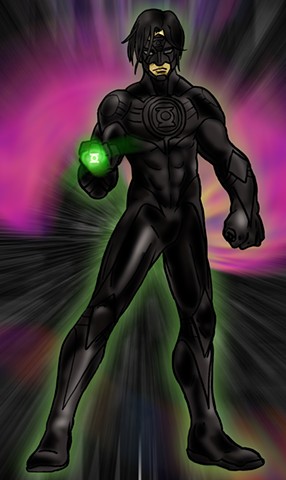 The Stealth Mode design is essentially the uniform without the color. I got the idea from an issue of Green Lantern where Sinestro taught Hal Jordan how to make the suit turn dark for a stealth mission to Sinestro's home planet of Korugar. I liked the idea of the person having to "will" the "green into black" for steath and the intense concentration involved in maintaining the look that I feel it should be a standard procedure for all Lanterns.