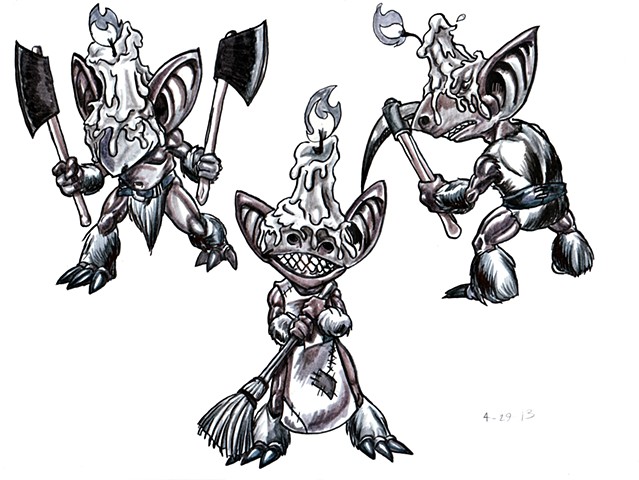 The Kobolds are one of the First Tier Monsters the players will encounter in the Infinity Maze. I designed them to have the short bodies and to have shark-like mouths while giving them enlarged ears and nostrils for enhanced senses. The candles on the heads and melting over their eyes is inspired by both the Kobolds of World of Warcraft and the depiction of Hades in Wonder Woman. I did the three poses to show each as a fighter and a miner, while the sweeper is actually a joke between my collaborators in wanting to see a sweeping Kobold.