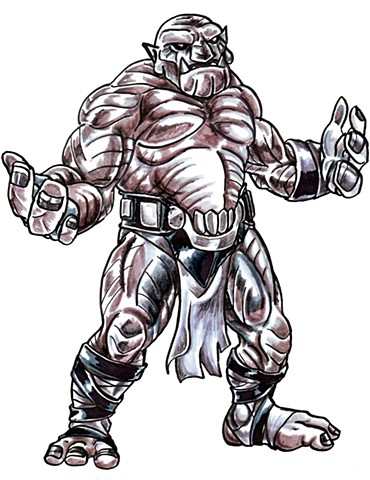 The Orcs are another Tier One monster that is a tad more difficult for the Players to defeat in the Infinity Maze. For my depiction, I used the Orcs from the Hobbit to determine a body type, while patterning them from Marvel's current Abomination and the head is heavily influenced by Mike Mignolia's artwork. The pose is to give the Orcs the brute archetype as common in fantasy.