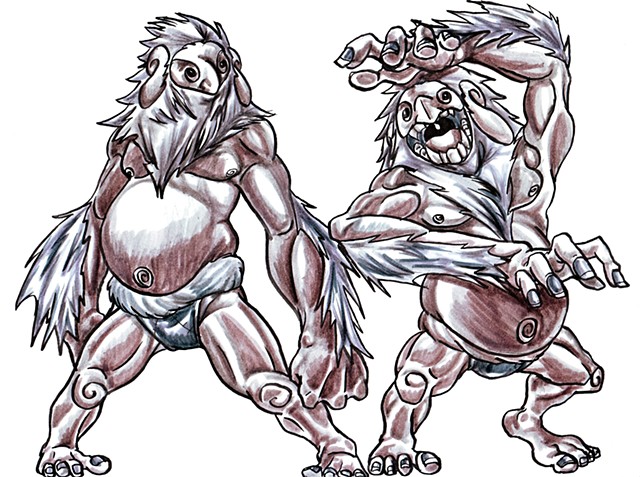 The Trolls are another threat Players will encounter in the Infinity Maze as a Tier One Enemy. The interesting fact about the Trolls is that they replaced Hobgoblins in the original game draft, as the design was begging to be used.

My depiction of Trolls is influenced by early Troll artwork and the monster Ayon from Bleach, to play off the hidden mouth and heavily furry frame from this monstrous set.