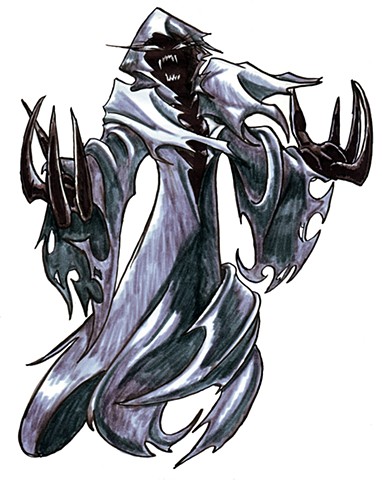 The ghostly Wraiths are the last creatures showcased in the Tier One Encounter List. My design is to show the wailing aspect of Wraiths and further emphasizing the animate nature of the Wraith's robes. I used brush pens for most of the shading, but used a Sharpie marker to make the claws and face completely cloaked in shadow.