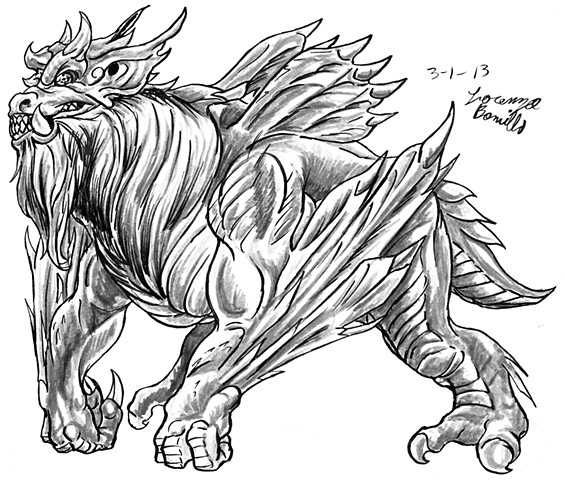 Fafnir: Version One
< previous next >

This was the earliest attempt I did in drawing the dragon, Fafnir. I focused on making a brawny dragon with slouching arms and proto-dragon face, looking more like a demonic hound than full reptilian, as I wanted to make it feel like it was a dwarf turned into a dragon. With the multiple tufts of spiky feathers and full winglets, I had a hulking beast.

I dropped this design as I realized it didn't represent Greed well enough. It also lacked the feeling of a beast with dangerous poison breath, as it looks more like it will pummel instead of breathing noxious fumes at its victims, so I went with another direction.

I chose to finish it as I liked the face and arms too much to let it sit by, looking incomplete.