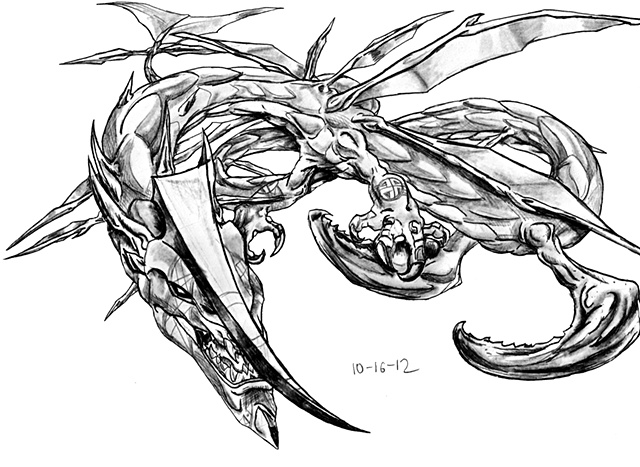 After defeating Grendel and his mother, Beowulf returned home and eventually became ruler of his people in Geatland. Then, fifty years after Beowulf's battle with Grendel's mother, a lowly slave stole a golden cup from the treasure mound of a dragon in Earnaness. The dragon, angered that one of his treasures was stolen, goes on a rampage and burns everything around him. Beowulf, now an aged warrior king, sets out with an army of men to confront the dragon, but Beowulf commands he fight it alone.

Upon fighting the dragon, Beowulf finds himself no match against the rampaging beast. His men, upon seeing their lord being outmatched and fearing for their lives, retreat save for one man, Wiglaf, who comes to Beowulf's aid and together, they slain the savage dragon. But, the dragon delivered a mortal blow to Beowulf, who died later from his wounds. The tale ends with Beowulf being buried in Geatland along with the dragon's treasure to prevent its curse from being distributed amongst the villagers.

The Dragon of Earnaness is the archetype of how most European dragons are portrayed, as the dragon greedily hoards a treasure mound and goes out on a rampage should one item be disturbed, hence why most dragons symbolize greed in European mythology.

For my interpretation, I wanted to make this dragon different from most versions, by not using the classic two - to -four legs and wing structure by giving it only the forearms, with pincers as its rear legs to serve as skids. I gave the dragon multiple dragonfly wings as both its main wings and smaller wings as plane struts for flight. I based the face and wings from Evangelion and just tweaked them for a more reptilian feature.