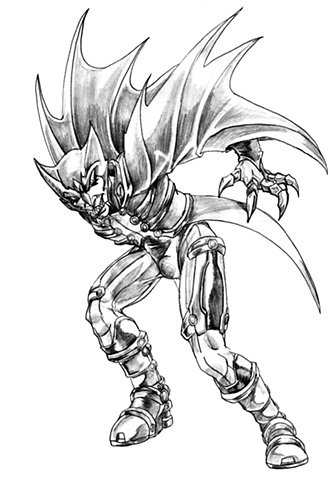 Reports of this fiend started at around 1837, with later reports sprouting around cities all over England, dominant in suburbs in London, the Midlands, and Scotland.

Reports depict it as a cloaked figure with demonic features with eyes of great fire, sharp metallic claws and able to breathe blue and white fire.

The Spring Heel Jack caused a panic due to it targeting women and attempted assaults on women until discovered, where it would leap away from all assailants.

My depiction of the Spring heel Jack is that of a cursed suit, with whoever wears it, becomes the demonic Spring Heel Jack. I drew him based on an illustration of him from 1890, where I modified the depiction with a steampunk vibe in his vest and boots, while modeling the head after Amon from Devilman, as it was an approriate face to compliment the rest of the figure.