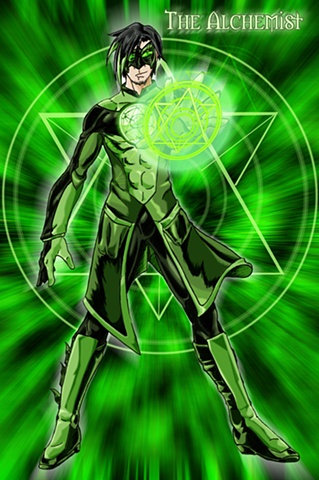 The Alchemist
< previous next >

The Alchemist is a superhero character that I also entered into Talenthouse's Stan Lee Create A Superhero Contest. Unfortunately, I didn't win, but it was still a piece I am proud in designing.

The hero was given the Philosopher's Stone from his father and uses it to not just fight crime, but also to serve as the Alchemical Protectorate, which maintains and upholds the Tenants of Alchemy and in protection of the Philosopher Stone Mound from those that would exploit its abilities.