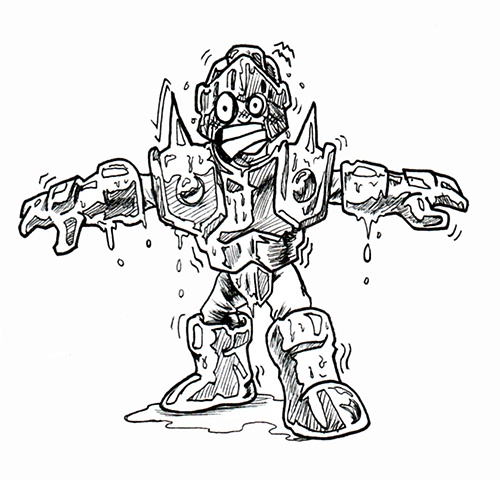 We are familiar with items that grant elemental affinities, such as an ice sword has a chance for ice damage, or a fire staff has a chance to deliver fire damage, but most of those items don't take themselves too literal. In the case of ice armor, it does. An item that is essentially, carved blocks of ice, the ice armor proves to be incredibly hard to move in, as well as freezing your nethers as brutally as possible. Plus, it has a short shelf life outdoors, as it tends to melt in sunlight. I just liked how it turned out, inking wise, the look on the character's face is priceless.