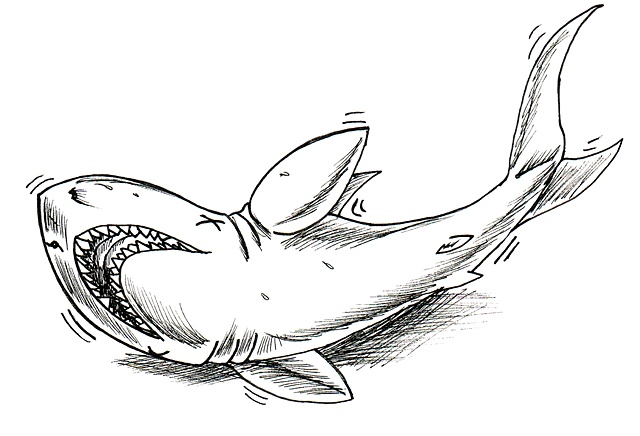 Land Shark. Card Artwork. Monster Type: The deadliest predator of the sea... is now ON LAND!

The Land Shark is considered the most deadliest predator... of the SEA! On land, it is as helpless and as formidable as an Outdoor Gelatinous Cube. Except, of course, that it still will cause limb dismemberment should an arrogant adventurer sticks thy arm in its gaping maw.

The Land Shark is another D&D monster staple that I drew up as a doodle when thinking up new additions for the set, and the idea of a Land Shark was definitely something work lampooning for this game.