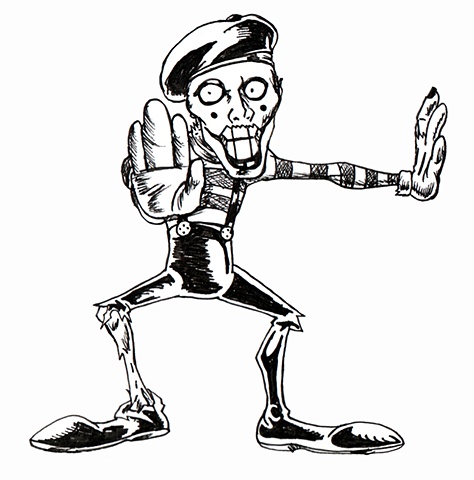 The Mimbie is the silent terror of Zombies. Initially, it was on the chopping block from the list of card ideas my friend, Nick had compiled. But I campaigned to keep this terrifying freak in the game for the sheer joy I got in drawing it out and using it to freak some people when I tag them with it on Facebook. Plus, Nick came up with a fun effect after Players encounter the Mimbie, in that all players must not make a sound until the next Monster encounter.