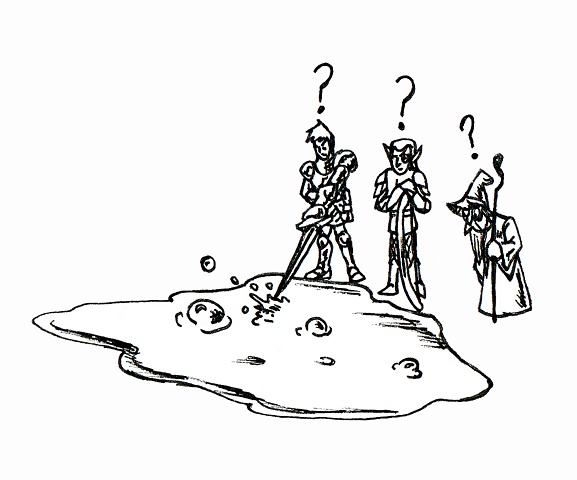 This character was my playing on the enemy staple from dungeon crawlers. The Gelatin Cube that all adventurers faced, like dungeon rats, is a popular early enemy of the genre. So, I proposed the question of why does this monster only reside in dungeons and what would happen should it venture out of its normal environment. Hence the puddle of muck that this raiding party encounters.