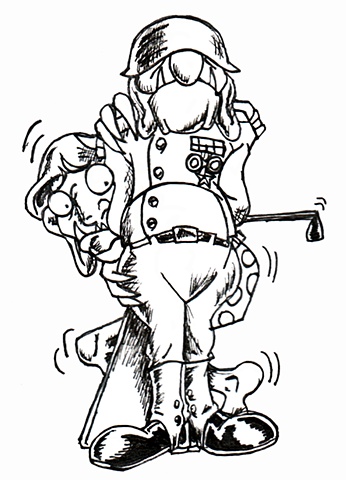 The Troll Commander is a leader of all Troll armies. At least, that's what this troll wants humans to believe, while cowering behind its idealized cut-out of itself. This one my friend suggested as when I started, I drew the Troll Commander in the George S.S. Patton pose and suit, and as he suggested, placing the more cowardly troll version hiding behind it.