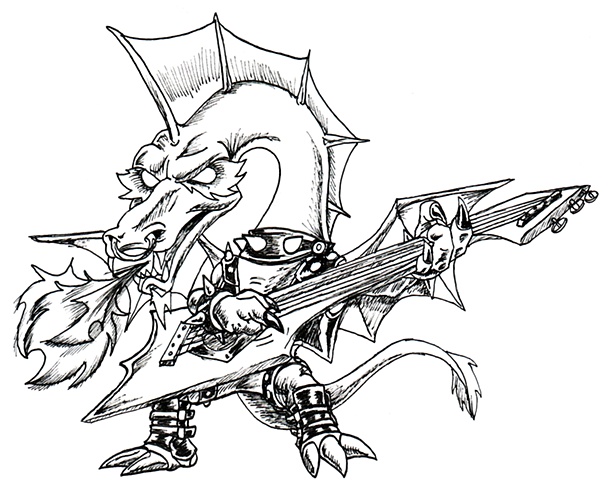 One of the first ideas my friend, Nick, came up with for the first set of ideas for thy Dunjon Quest. A metal rocking dragon, which he asked me to draw and, with his approval, rendered for him in card art form.