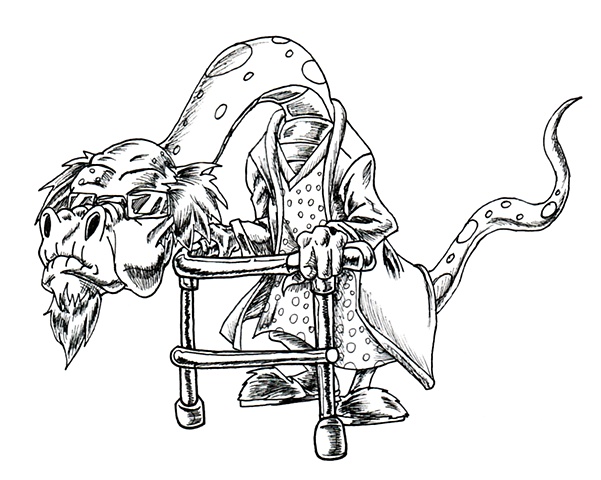 Way Too Ancient Dragon
< previous next >

The Way Too Ancient Dragon is a relic of the past; the prehistoric past. He knew of us when we were apes. He knew of us when we were bacteria. And he knew, he could never get us off his lawn. The Way Too Ancient Dragon has the collective knowledge of the cosmos, good luck in actually getting a direct answer from his oft, long -winded stories and random topic shifts. But never forget this rule; even though he is as old as the dust in the wind, he is STILL a dragon, and he can, and will, eat you.

Another of the early card ideas my friend pitched to me, so I depicted him in a gown and robe, using a walker. Later in rendering him, I added slippers, spots and more detail in his side hairs and beard. I think I succeeded in his depiction.