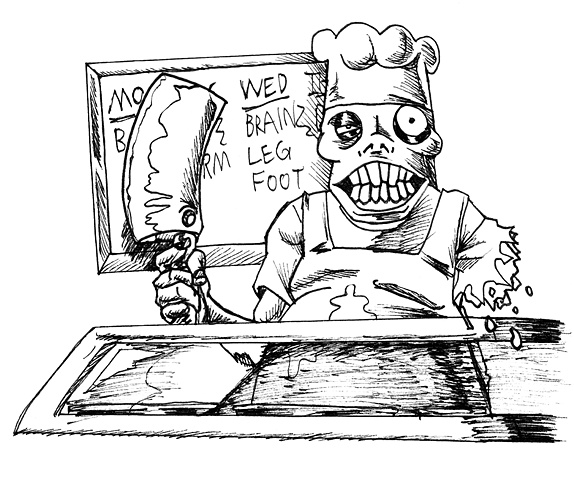 The Zombie Short Order Cook was formerly a culinary master of tavern food. Making eggs and pheasants at any hero's local inn. But, as the zombie plague discriminates against no one, the Short Order Cook now serves a heaping helping of brains and limbs in a fine honey glaze. Though he still serves pints of ale like normal, so there's a plus.

One of the monsters for the game, I channeled my Inner Chef from South Park for the basic outfit, and gave him a meat cleaver and lack of an arm. The menu board behind him is a fun tell of what he has on the menu with the hot trays and sneeze guard, well, just because it needs to resemble the luncheon dining experience.