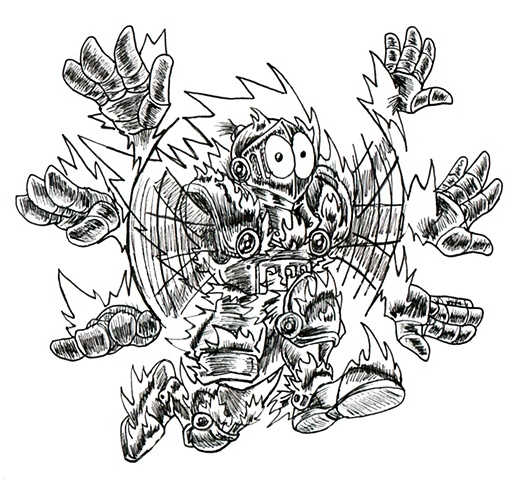 The Flame Armor is the ultimate defense against all would-be opponents, in that it has offensive AND defensive capabilities to the wearer of thine armor. With wrought iron for endurance, grills and hay for ignition and release, pus enough oil to keep the fires burning; the Flame Armor is perfect equipment in fast campaigns. CAUTION: Do not use Flame Armor in heavily wooded areas. Can cause excessive burns. Please have water or cooling spells on hand at all times.

This was one of newer items I proposed when expanding on the card game's debut set. The Flame Armor is another staple of Elemental type equipment, the gag being that, as with the Ice Armor, you have to ignite the armor to get its effects, as well as the poor soul wearing the suit upon ignition.