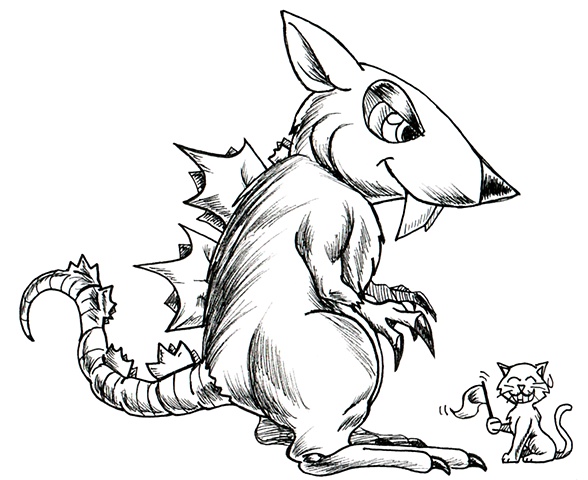 When we say dungeon rats are huge, that was not an exaggeration. Behold! The Giant Rat! A rat so big, that cats surrender at the sight of it. A rat so huge, that its rat holes are confused for doorways. So gigantic, that you can replace one for your horse and none will be the wiser. Oh, and did I mention the nuclear breath?

The Giant Rat is a play on the conventional dungeon rat, as these over-sized versions of vermin are a staple of fantasy lore. Ours, is modeled after Godzilla.