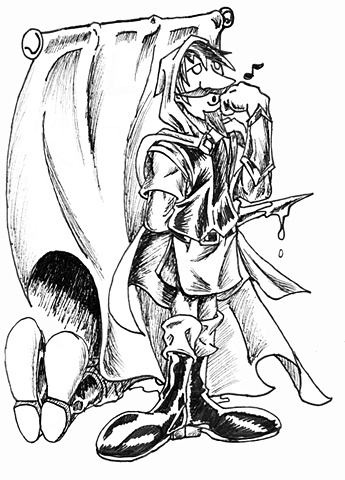 Black Jack McElstin is one of the few human characters found in Thy Dungeon Quest. He is a play on the thief/ rogue classes, particularly in the Assassination Art of Sneak Attack. He was one of the original roughs I did before inking him, with much of what you see already fleshed out. A rogue whistling nonchalantly while brandishing a bloody dagger, with the now-deceased target hidden behind some curtains.