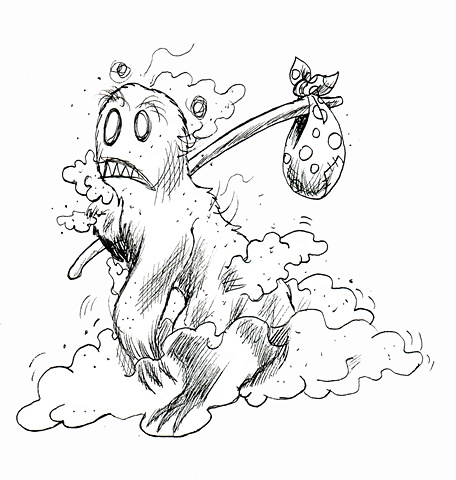 The Dust Monster is a pun on the Rust Monster from D&D. A monster that instead of rusting your gear, causes it to get incredibly dirty and uncomfortable to wear. I made it a walking dust ball with the Peanut's Pig Pen dust clouds and dirt particles swirling about. The homeless bundle was a suggesting by my friend as the final touch.